We finally put our XC40 PHEV through it's paces, driving ~3,500 miles from Edinburgh, via Eurotunnel, over The Alps to an agriturismo near Florence, including an excursion to Padova (Venice) and daytrips to Florence and San Gimignano.

We left at end of the Scottish school term, avoiding the English term crush at the southern ports by a month. Flexipass tickets for Eurotunnel were more expensive but it removes the worry about getting to Eurotunnel for a specific train and you get waved on to the next available train, whatever time you pitch up (though, still got to go through all the new third country faff at customs and passport control).

Fuel economy: Car was loaded with 3 adults and two teenage children + luggage for a 2 week holiday. We took off the roofbars to reduce drag and inflated the tyres for 'fully loaded'. We treated the car as a 'soft hybrid' for duration of the trip - no plugging in. Generally cruising at 100km/h (62mph). As a result, we were getting ~600 miles out of a 48litre tank of petrol. The regenerative braking throughout the trip was reasonably impressive and coming down the other side of the St Gottard Pass in Switzerland recharged the battery by about 50%

This is extremely favourable fuel economy in comparison with the last car which was a Skoda Kodiaq with its larger 61litre diesel tank which also got about 600 miles per tank, with careful driving.

Comfort: It's a small car. But big enough to pack 5 people's worth of luggage for two weeks in the boot ("pack light, everyone!") and enough leg room for an elderly passenger in the front and two two stringy teenagers and an adult in the back. the two USB-C charging points in the back fed a pair of Nintendo Switches for the kids, during the long haul stretches of distance. Apart from a measure of stiffness due to sitting down for long periods, everyone was ok. We stopped at interesting looking places on the map for leg stretches.

Downsides: The car ran low on engine coolant at the top of the St Bernardino Pass in Switzerland, on the way back, and asked us to find a safe place to stop. I've made this trip before, in a Skoda Kodiaq, in 2018's ' Heatwave Lucifer' and didn't have a problem, so was genuinely surprised by this. I'd been instructed to use AA cover while abroad (it's a company car) and the AA cancelled the call out after 2 hours of trying to arrange help. We tried Volvo Assist and they came to the rescue.

Excellent. Our first love is Italy but for our first post Covid holiday with this lad

we reverted to France. We've driven to Como before (Karoq!) but that was when Hull>Zee was running. An o/n cabin and a couple o/n's en route meant it was totally do-able. Jack changes the dynamics tho and this time we chose the Loire Valley, via the Tunnel, another first.

Week before the school hols. O/n in a dog friendly Holiday Inn Express in F'stone. Both ways we arrived early and even with a Standard ticket were waived through. 2 hrs early on the return. Had to show pp's but we've always had to. The stamping added 2 seconds. Whole thing inc Pet Reception from arrival to boarding an average of 50mins. That's quicker than we've ever had in 30 yrs of driving to the continent.

Car behaved impeccably throughout and we've increased the ave to 38mpg and up to 48 on individual runs. 2 adults plus Jack and full packing for 2 weeks, tyres given extra puff and Eco selected when I remembered. The pre cool facility came into its own. 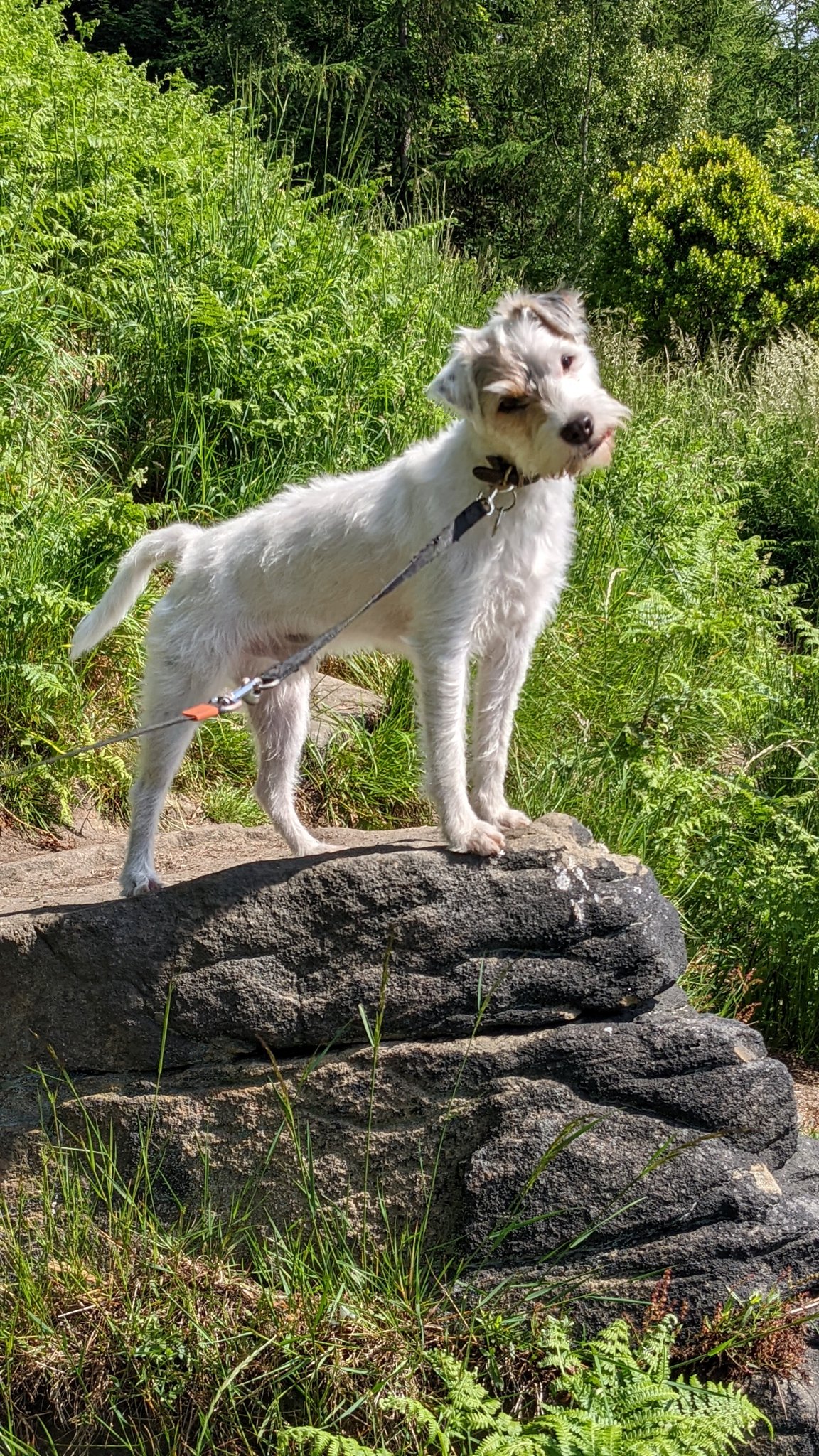 Glad you had a great trip! Useful and interesting on dog logistics.

We got a boot check at UK customs and some extra questions from French customs with a manual check against each of the 5 passports for previous stamps to make sure we hadn’t already used up 90 days in the previous 180. Ugh.

We got a boot check at UK customs and some extra questions from French customs with a manual check against each of the 5 passports for previous stamps to make sure we hadn’t already used up 90 days in the previous 180. Ugh.

Really? We got neither. The only extra step was the stamping.
Mike. West Yorks.

We've crossed to the continent dozens of times before and since 2016. Ferries from Dover, Portsmouth, Hull, tunnel from F'stone, air to Dublin, Denmark, Italy, CR, NL. Had to show pp's everytime.

We've no desire to live abroad so the AHC works fine for us.
Mike. West Yorks.

Not sure a ferry is an option for a dog, hence the tunnel for us this time. Been 20yrs since we've been anywhere nr Dover. It'll be the tunnel or UK now.
Mike. West Yorks.


I have the same problem and the only solution I found is to place the iPhone on the AC vent using a MagSafe holder. CarPlay is ruining the iPhone battery on the long run, keeping it continuously charged at 100% and overheating.
Top

Never had that with a Pixel plugged in and running AA, whilst charging.
Mike. West Yorks.

Our Volvo XC40 Forums are free to join and open to all.