Whilst I’ve only used the Sport key on a couple of occasions I noticed that after a couple of years the battery had gone flat.
I was shocked to find that the only way to replace the battery according to Volvo was to slip them £160 for a replacement.
The resultant itch therefore needed scratching!!
I looked on line and have to admit I didn’t like the look of some of the butchering that people have subjected their keys to, so here’s my solution.

First off I used my fingernails and a splugger (plastic priser used when taking apart iPhones and the like) to ease open the case. There is some glue around the outside and a strip of double sided tape over the battery holding it all together. Some people used a heat gun to weaken the glue, but I never needed to. Just steady, careful pressure.
There’s no need to use a metal screwdriver and damage to the case should be minimal, if any. Note that there is no glue around the metal clasp end so no need to prise there.

Once it’s open you see the battery. The tags are spot welded (or heat ) to the legs that then go down to the pcb. The battery also has some insulation around the edge to prevent shorting.
Some other people have wedged standard CR2032 batteries in there as a replacement but to my mind that’s an unacceptable risk as it can easily short out and catch fire . Not great if you’ve got it in your trouser pocket at the time!
After a quick web search I found a supplier for a CR2032PCN2 pcb mount with the legs in the correct location for the princely sum of £3.10 including delivery.

I used a solder sucker to disconnect the battery from the pcb -I actually cut the legs off the faulty battery first, but I don’t think you’d need to - and soldered the new battery in place, making doubly sure it was connected the right way round of course.
A bit of rubber glue from Amazon that I had lying around stuck it all back together and it looks like I’ve never been near it.
Even better news was that it now unlocks and starts the car!!
I wouldn’t guarantee it’s waterproof though.

I’ve taken a couple of photos to try to indicate what I did, but happy to provide more info if required.
Note that the tape shown at the end is only to hold it together whilst the glue dries.
Also the Black and Yellow wires were only there so I could connect up a battery when I was diagnosing the problem.

Maybe this could be my next business venture

For some reason the photos didn’t upload so let’s try again. 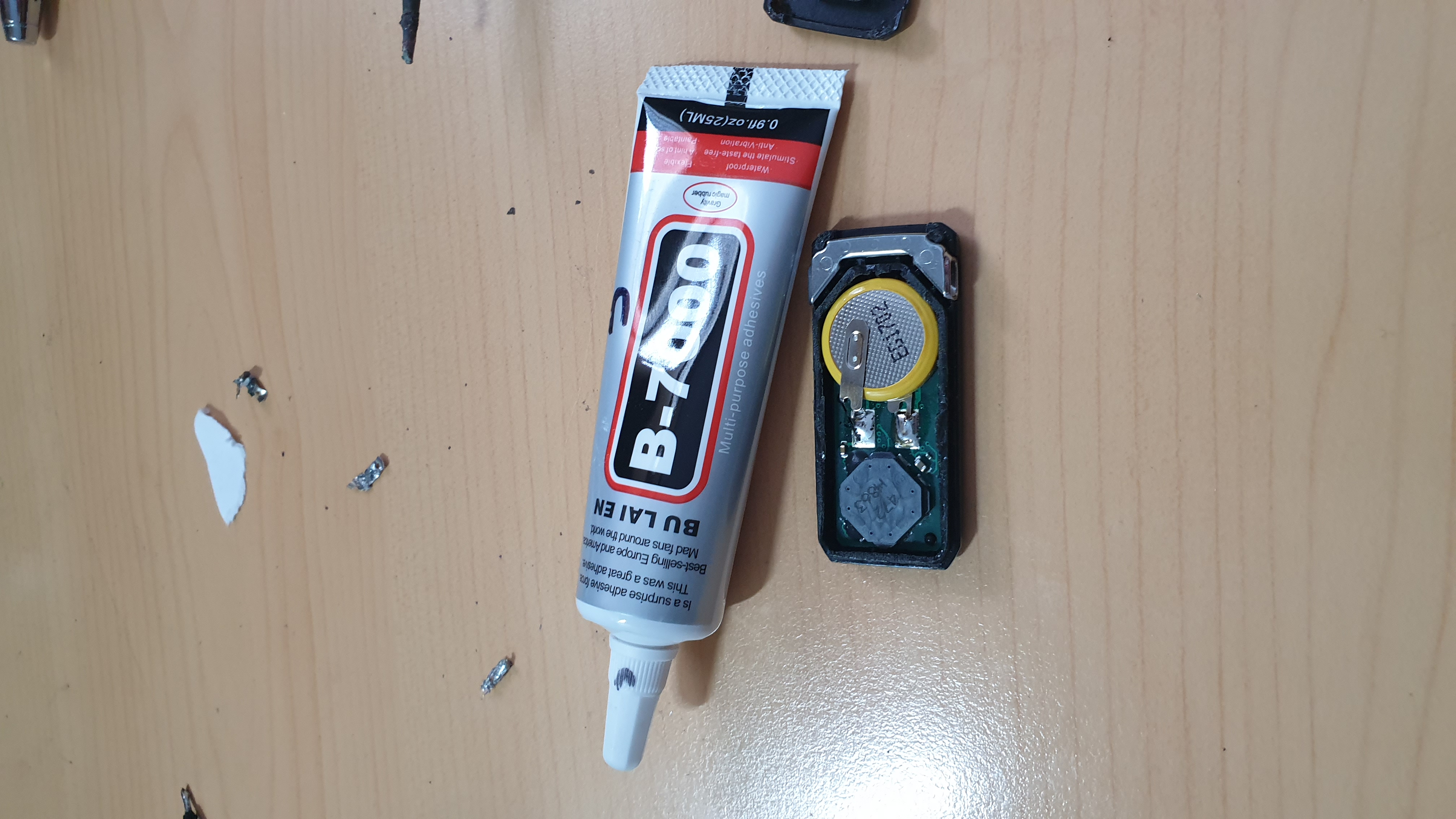 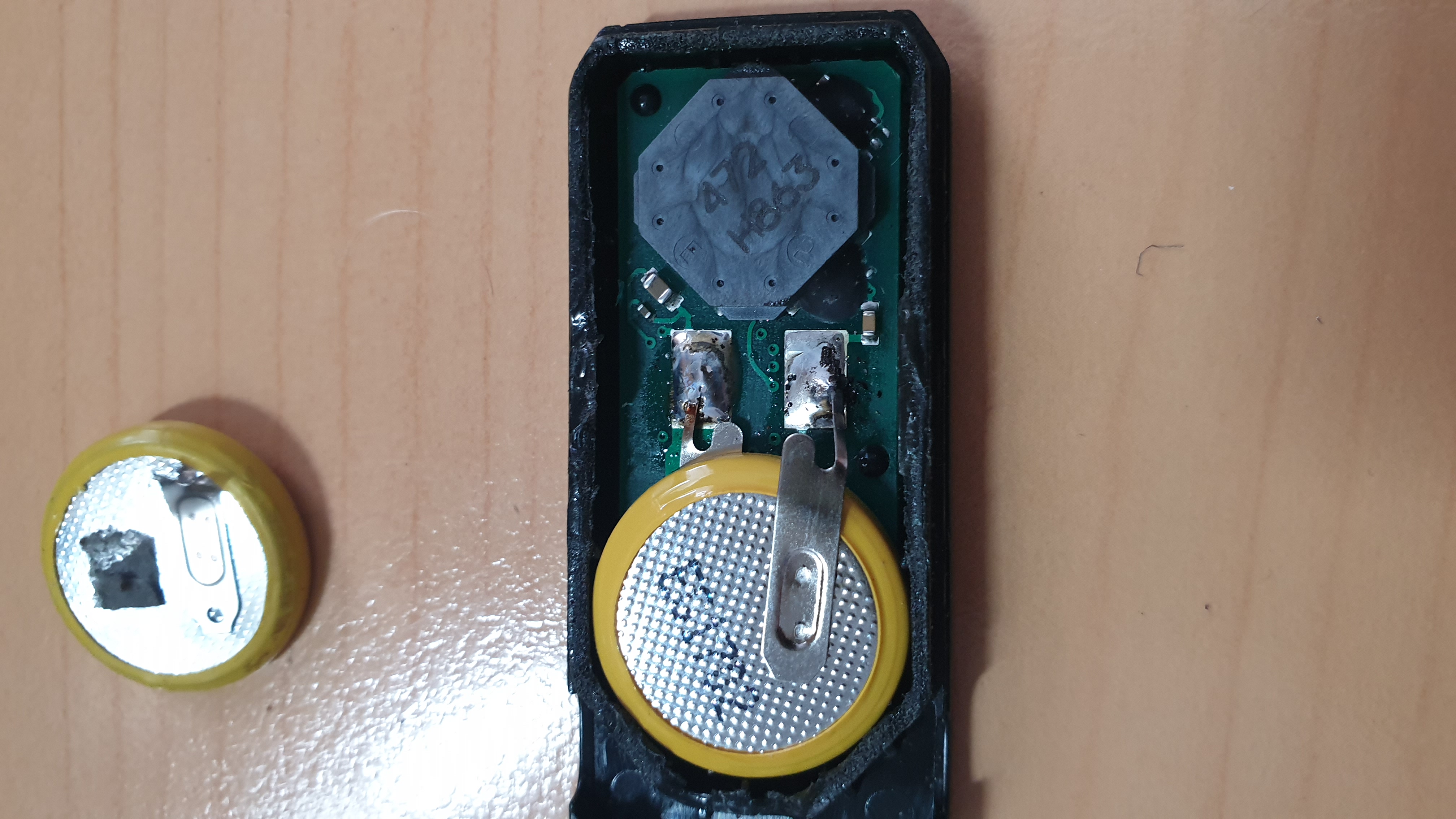 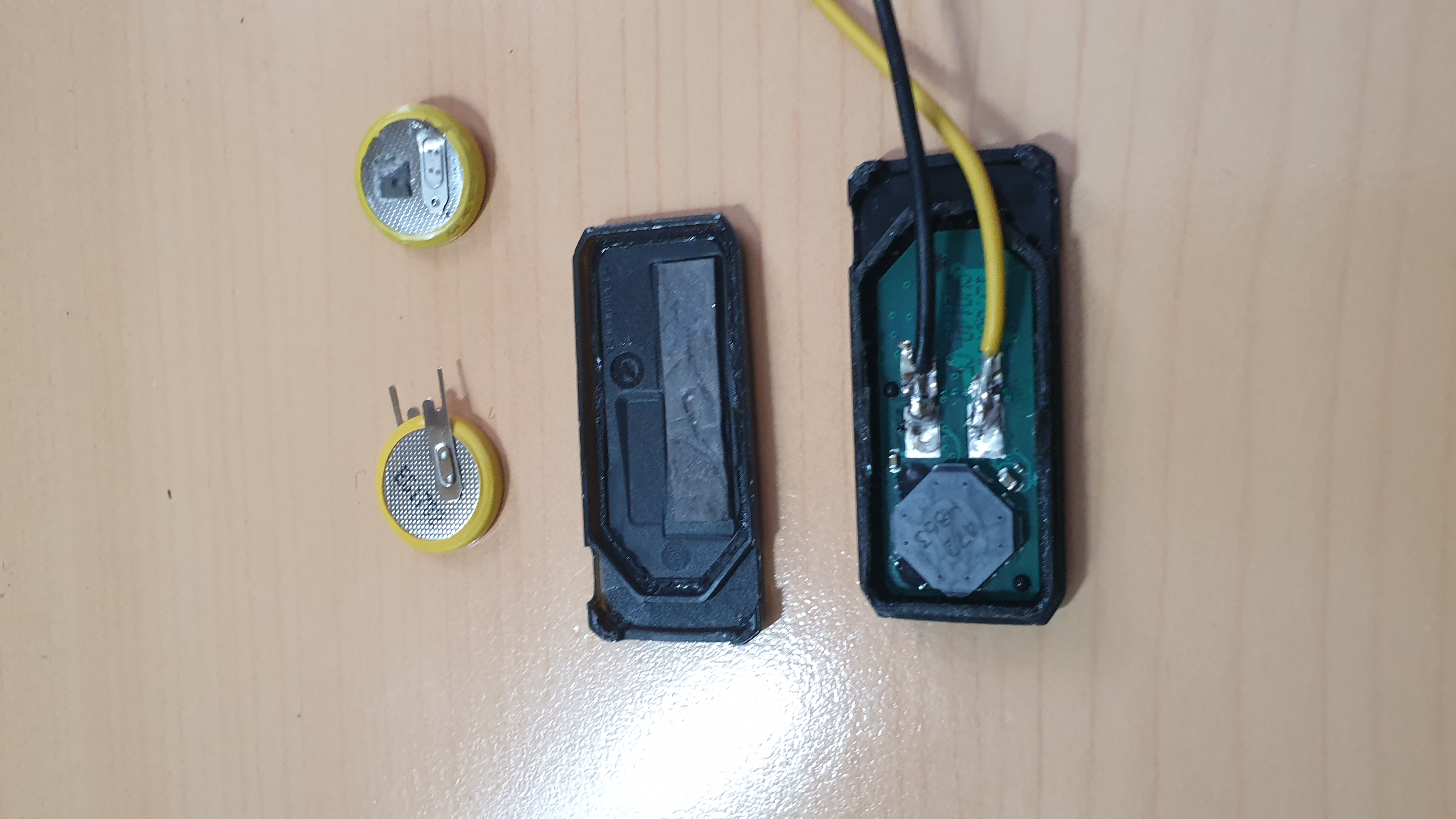 Do you have a link for the battery ?
Top

Do you have a link for the battery ?

I didn't go for this as I didn't know if it would work and didn't fancy 9 spare ones!
Top

This is very helpful, thanks for sharing.
Top

@eugen61 Not a problem. I used the key yesterday and it worked flawlessly.
Top


Thanks for the update. Goes to show you should never believe the internet when it comes to believed costs.

I’d actually pay it if they only charged £33.60 plus VAT in total, but £5.30 for software? I’m assuming it’s just a case of pairing the fob with the car. So why you have to buy some code I don’t know.
18 minutes of keyboard work is pushing it too, but there you go.
Top
Post Reply
14 posts

Our Volvo XC40 Forums are free to join and open to all.